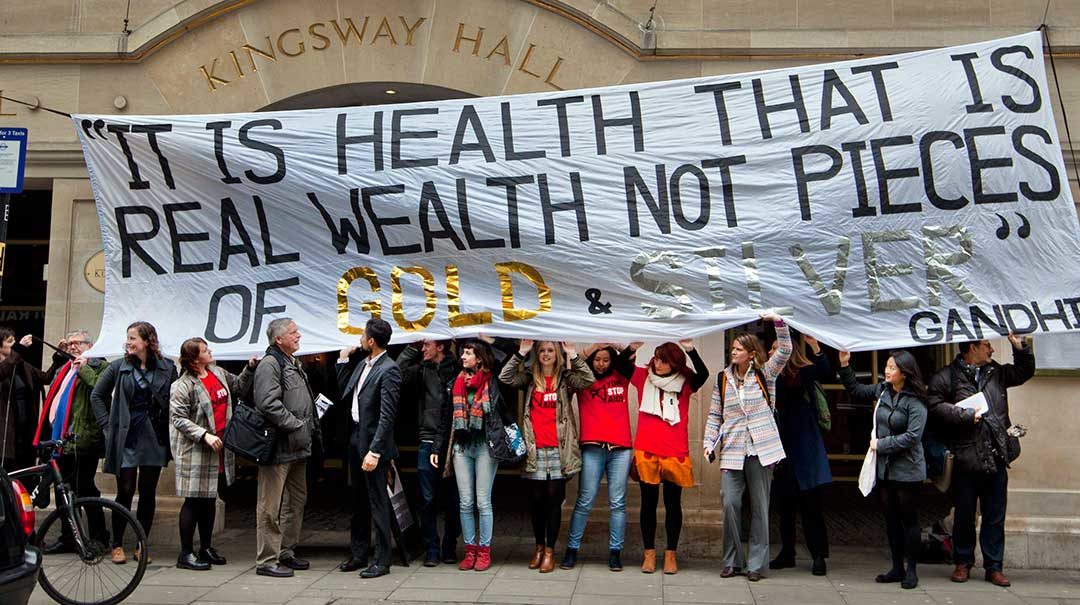 Three months after the original deadline, the UN High Level Panel on Access to Medicines (HLP) FINAL REPORT is finally out.

In December 2015 Ban Ki Moon set up the HLP with the mandate to solve the policy incoherence between human rights, trade, Intellectual Property Rights and public health objective. STOPAIDS’ Missing Medicines campaign made a submission to the panel which we presented during the HLP’s hearing in London in March and staged a demonstration outside where the deliberations were taking place to encourage panel members to be ambitious, since then we have been eagerly waiting the publication of the HLP’s recommendations. 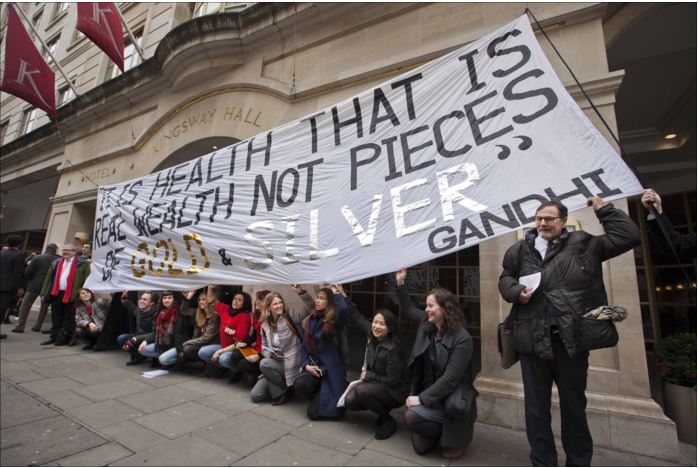 Overall, the report does signify a step forward for the access to medicines movement with particularly strong recommendations around transparency of R&D investment and drug pricing as well as an opportunity to progress the conversations around a global R&D agreement. However the report is not quite as ambitious as we had hoped and is lacking in detail and force in some areas. Having said that it is vital that we make the most of the opportunity that the report gives us to take the ideas – that have the potential to lead to real progress for public health globally – forward.

Key strengths of the report

Reinforces the role of governments as human rights duty bearers and their responsibility over the health of their citizens ahead of their legal requirement to protect the rights of inventors.

Acknowledgment that access to affordable medicine is a global problem: Hep C, cancer and AMR are all mentioned as examples of how high prices are impacting public health around the world

It recommends improving access to medicines by strengthening TRIPS flexibilities: Governments must ensure that patents are only awarded for new inventions not to new drugs that have only been slightly modified (e.g changed from a powder into a pill); governments and private businesses should be reported to the World Trade Organisation if they apply punitive measures to other countries for using TRIPS flexibilities; governments must not include provisions in free trade agreements which impede access to medicines

Calls for World Health Organisation member states to pursue the plan to establish a global R&D agreement: in preparation for this governments should establish a working group to come up with a Code of Principles for Biomedical R&D

Advises governments to make BIG PHARMA publish what they spend on R&D and marketing by pushing for greater transparency: Governments should require manufacturers and distributors to disclose to the drug regulatory and procurement authority information on the cost of R&D, production, marketing and distribution and declare any public funds they have received; trade agreement negotiations should also be fully transparent

Clinical trial data open to the public: this will help facilitate collaboration and future innovation.

The HLP had quite a task ahead of them and due to the makeup of the panel; which included industry, NGOs, activists and former government heads of state and ministers it proved difficult to build consensus. The members of the panel have been very open about this challenge and is the reason why the proposals for systemic change are not the premise of the report, as many of us had hoped. However, a strength of the HLP and its process is that it allowed panel members to express their concerns and make additional recommendations as part of the commentary of the report.

Panel members Winnie Byanyima (Director of Oxfam International), Jorge Bermudez (expert on access to medicines) and Shiba Phurailatpam (treatment activist) took on this task most vehemently and have come up with following suggestions for how to address the gaps that the report has left.

We need a public-health driven R&D model: We must acknowledge the intrinsic systemic failure of our current R&D model which is based on monopolies enshrined through the TRIPS agreement. We need a system that upholds human rights and protects public health as a priority and this issue should be taken forward within UN fora.

Least Developed Countries should not be required to apply TRIPS to pharmaceutical products until they are no longer classified as least developed.

Greater support is required for civil society who do a great deal to safeguard access to medicines. The UN and governments must ensure civil society get adequate financial and technical support to do their important work.

In conclusion, there are some powerful ideas in the report: transparency of R&D costs and pricing, public return on public investment; new ways to fund R&D; the acknowledgment of the global problem of high prices of medicines and the role of governments to protect and progress public health as part of their position as human rights duty bearers. It’s our role now to take the powerful ideas forward and ensure the UK government enforces them.