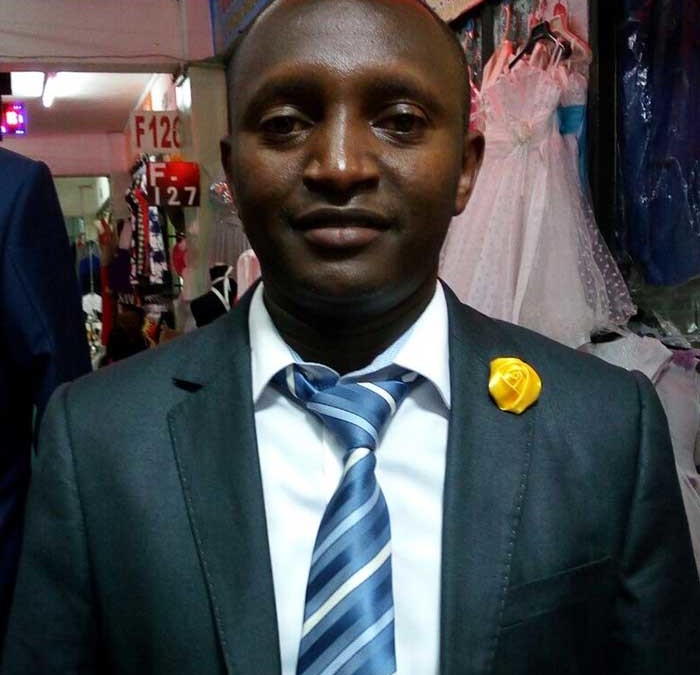 My name is Mbolonzi. I live in Kenya and I was diagnosed with type 1 diabetes in July 2013 when I was 29 years old. I lost a lot of weight, my skin had become so dry, and I drank much water – maybe up to 5 litres in day. I also frequented the washrooms more than ever before and I woke up tired every morning. My family and friends became very worried, because all this happened in a very short period of time. I eventually went to the hospital and was put on insulin. I continued visiting the same hospital for clinics until they issued me with expired insulin, which is very dangerous. I started attending clinics at another hospital after that.

Proper management of diabetes in Kenya would cost about 120 USD per month. Not many can afford that here, myself included. I have missed clinics due to lack of money. Many mornings I skip my injection, evenings as well, so as to balance the remaining insulin I have until I get enough money to buy the next cartridge.

Initially I used an insulin pen, and one cartridge cost me about 7 USD, with each pen tip costing 0.30 USD each. Note that several pen tips per day are needed and each pen one should really only be used once. Getting the tips was a challenge so I had to change to the less expensive vial and syringes. One vial of mixtard insulin costs about 6 USD in the private sector. At government hospitals it is subsidized to 2 USD. This is a significant difference, but there is a catch. At a government hospital they are dealing with masses but the service is inadequate. Doctors are few and waiting times to see a doctor could be up to four months.

When I need another vial of insulin it is sometimes not even available at government hospitals, and therefore I am forced to buy it in the private sector. HbA1c (a standard diabetes test) is not offered at the Government hospitals (at least not the one I have attend) and it costs 350 USD in the private sector. Test strips cost between 20 USD and 350 USD depending on the glucometer one is using. The catch here is the availability of those specific strips, so one has to factor in that before buying a glucometer. I have not seen those things at the government hospitals when I attended clinics.

Insulin pumps are making a slow entry in the Kenyan market, but they cost 7000 USD and this doesn’t include the cost of monthly consumables which cost up to 2400 USD. Only sons and daughters of the legislators can afford something like that!

I opt for a government hospital when possible to spend less but I miss out on some essential management tools and practices. Because of this, diabetes has incapacitated me. I can’t do things like I used to. I always feel tired! I feel more confused than before. I find myself struggling to see, as the fluid in my eyes seems to have dried. Often I am hit with very painful muscle-pulls. I wish there was no diabetes.

I recently decided to make the days count, instead of counting the days, and registered an NGO in Kenya to raise money to buy insulin for those who are facing a financial challenges. We aim to unite people with Diabetes in Kenya, organize diabetes education programs, and help incorporate evidence-based research findings on diabetes into Kenya’s health care systems. We hope that in the long-term we will not have to provide expensive insulin as charity. Instead, we would like the government to ensure that proper diabetes medications and management is available and affordable for everyone in Kenya.

Lack of access to insulin is a complex issue. Three companies dominate 90% of the insulin market: Eli Lilly, Novo Nordisk, Sanofi. Their huge presence keeps other producers from having much of a market presence, and making a generic version of insulin (known as a biosimilar) is a lot more complicated than making a generic of another drug. Creating a biosimilar insulin would cost about the same amount as it costs to make new drug and it would need to go through all the approval stages and trials that a new drug is required to go through.

Over the last decade, there has also been a huge rise in the use of analogue (synthetic) insulin instead of cheaper human insulin. Before that, animal insulin was replaced by human insulin over the past few decades.  There is concern that the benefits of analogues are not necessarily worth the costs, especially when they are unaffordable for many.