Kim’s story: Access to Hep C treatment in the UK 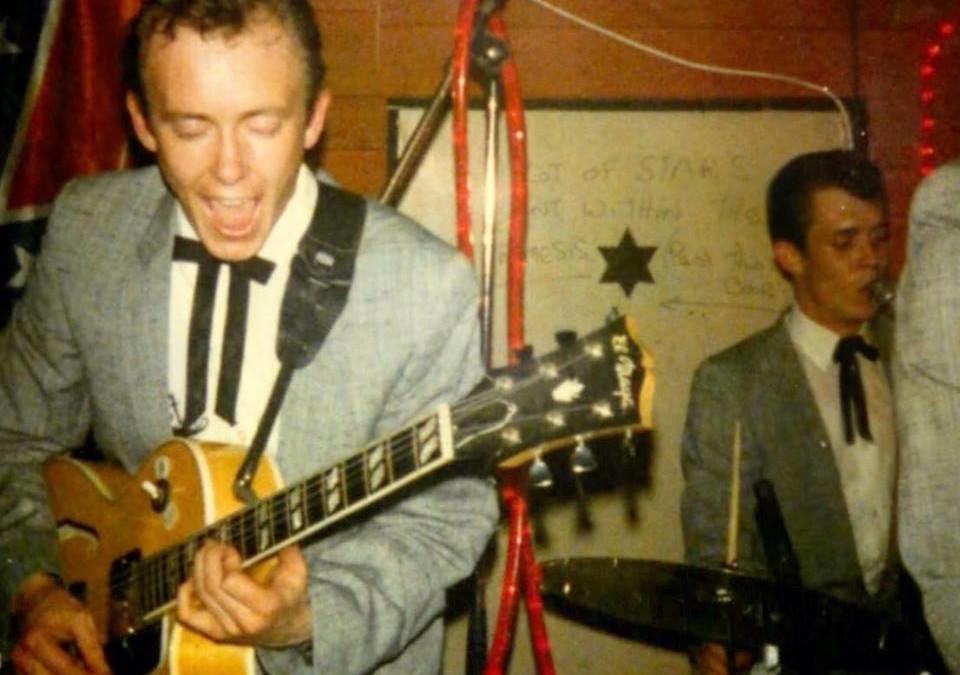 Many years ago, whilst in the Air Force we used to get Wednesday afternoon off if we were representing the base doing sports. Sometimes we needed time off to practice but if I asked the sarge for time off he used to say “The day you’ve got eyes in your backside will be the day I let you have time off”.
One boozy weekend in 1976 round my mates house I woke up on the settee to hear a buzzing noise in the room next door. One of my mates was having an eagle tattoo on his chest, when he finished I got a pair of eyes tattooed on my backside. Next time I asked the sergeant for time off and he responded, I bared my backside and shut him up resulting in me getting time off for sports practice.
Three years ago, some 37 years later I ate a sausage on the ferry to Holland which was not cooked properly and a few days later I has hospitalised after going yellow with jaundice and was diagnosed with acute hepatitis e, however they also discovered I had chronic hepatitis c which was probably contracted back in 76 when I had the tattoo…..
Fortunately a couple of weeks later I recovered from the hep e and was referred to Addenbrookes for the hep c where following tests etc they found that despite the long time that I had the disease I only had very mild fibrosis, I was offered interferon/ribavirin treatment but they recommended that it may be worth waiting for the newer drugs to come on line with better success rates and less side effects. The new drugs were finally approved by NICE however due to the extortionate price charged by Gilead the NHS are dealing with patients on a severity of liver damage order of treatment. As my liver damage was very mild I was likely to be at the back of the queue, justifiably when you consider they only have a finite budget.
Not wishing to let my liver deteriorate I looked at other options and discovered Greg Jefferys blog detailing how he went to India to source generic medication and cure himself of the Dragon hep c. I regularly followed his blog and the development of Harvoni. Last December India approved the manufacture of Gilead licenced generic ledipasvir/Sofobuvir and as soon as Christmas was over I contacted the Austrailian online clinic www.gp2u.com.au and following an online video assessment obtained a prescription for the medication, armed with this I then contacted the Australian buyers club www.fixhepc.com and ordered 12 weeks supply of the medication costing $1600 including handling, shipping etc. A week later I had the pills in my hands and was at one of the highest points of elation in my life.
I had told Addenbrookes hospital that I was looking into obtaining Indian generic medication, they told me that although they were unable to prescribe the medication to me, if I obtained the meds from India they would be happy to monitor me throughout my course of treatment.
Once I had the meds I had a baseline set of tests revealing a viral load of 1.01 million and an ALT of 320, 12 days later I had blood tests to ensure that the meds were not causing any damage, revealing my viral load was now UNDETECTED and my ALT had dropped to 40, four weeks into the treatment my ALT had dropped to 18 and has remained at that level ever since, similarly my viral load has also remained at UNDETECTED. April 14 will be my last pill and then it a case of waiting a further 12 weeks to check that the virus has not come back and that technically I will be cured.

I admit that my principle reason for obtaining the meds was on a selfish basis in not wanting to wait for any further damage to my liver but it has also saved the NHS a large chunk of money and will hopefully offer anther patient a chance to receive treatment on my place. It’s a win win situation where everyone wins all except Gilead but that’s down to their corporate greed. Ok I’ve parted with £1200 which I couldn’t really afford however it’s been worth every penny for the satisfaction of slaying the hep c dragon.

I joined several hepatitis groups on Facebook but found the members of “Hepatitis C treatment w/o borders” to be a fantastic group offering support and advice, prior to finding this group I had kept my infection to myself and it was a lonely journey, I finally found the closed group who were fellow sufferers and we could all relate to each other. I no longer felt like I was the only one and they have been a great source of fellowship.

The most likely cause of the infection was put down to the tattoo back in 76 as I have never had intravenous drugs, risky sexual behaviour, although I do admit that I was a normal red blooded heterosexual and had quite a few partners over the years. The only other possible cause could have been inoculations or dental treatment back in the 60’s & 70’s before stricter regimes were implemented.

Being told you have to get sicker before you can receive treatment is a hellish situation to find yourself in and unfortunately this remains the reality for lots of people living with Hepatitis C in the UK. The price that pharmaceutical company Gilead charge the NHS for a 12 week course of the Hep C treatment Harvoni is £38,979.99, this high cost means the NHS have to ration treatment.

Gilead have admitted publicly that the cost of the drug is nor a reflection of the investment they made into its research and development (R&D), it is purely what the market will bear. The reality is that they bought the research from Cardiff University for a relatively cheap price, which means that essentially this medicine has been developed through public money! So the tax payer pays twice.

The system we have for developing medicines is completely unjust, this has to change. Sign our petition here to make sure everyone can get access to the medicines they need.